Consumer spending at Colorado restaurants back to pre-pandemic levels, but staffing is not

Restaurants are back to pre-pandemic customer spending without tens of thousands of employees, but is it sustainable? 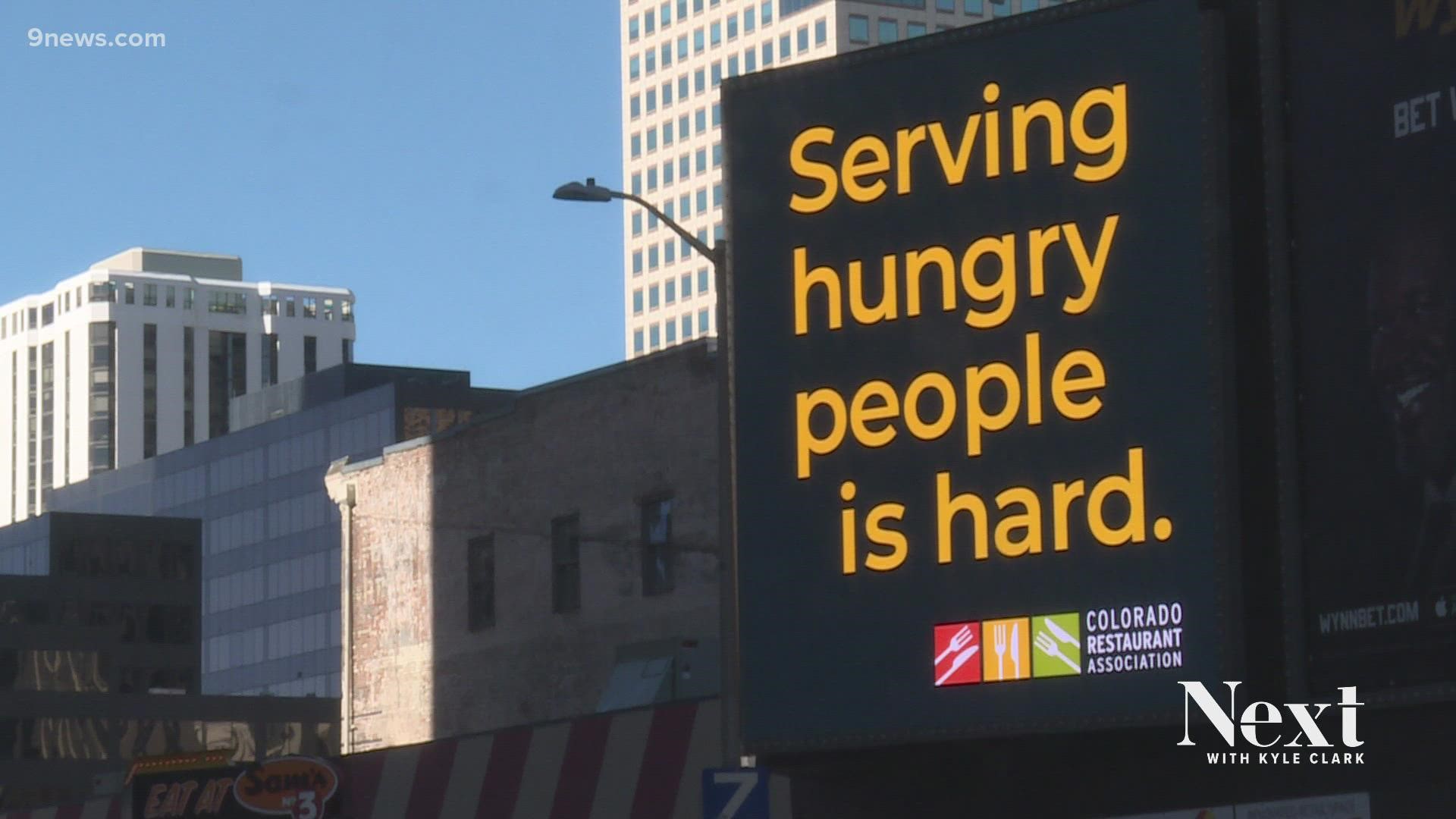 Consumer spending at Colorado restaurants back to pre-pandemic levels, but staffing is not
Author: Marshall Zelinger
Published: 8:37 PM MDT September 21, 2021

DENVER — Colorado bars and restaurants are doing more with less.

Consumer spending within the food service industry is back to pre-pandemic levels, despite 25,000 fewer employees.

That data came out of the quarterly budget update that state lawmakers received on Tuesday.

“It looks like restaurants are thriving, and you know there’s busy tables and people are on sunny patios on nice days, but the truth is that even though people are going out to eat there aren’t as many workers,” said Colorado Restaurant Association spokeswoman Denise Mickelsen.

Spending at bars and restaurants tanked in March 2020.

Based on data collected by the state, Mesa County on the Western Slope saw a drop in food service spending in March and April 2020, but it bounced back after that.

Denver didn’t return to pre-pandemic spending at bars and restaurants until June.

“Colorado restaurants, alone, lost $3 billion in 2020, so just because the revenue numbers seem to be up right now does not mean that they’re back to normal,” said Mickelsen.

She said supplies, like gloves, are more expensive for restaurants. And food costs have gone up in the last year.

“When you run a restaurant without the right amount of staff, you’re either — and this is what our restaurants are doing — you’re cutting your menu back, so your customers get upset. You are not seating all your tables, so customers waiting in line get upset. And then the staff that you do have is being worked so hard that they burn out and they end up quitting,” said Mickelsen.

“I go out fairly often, just to not only show support for our friends in the industry, but I’m not a very good cook either,” said Kip Wilson, co-host of the Stoned Appetit podcast.

“It’s a podcast that covers restaurants and cannabis companies here across the Front Range and in the mountains,” said Wilson. “Everybody loved [Anthony] Bourdain growing up, and so we’re just trying to do our best Bourdain.”

Wilson continues to eat out, but tries to avoid restaurants that have tables too close together.

“I don’t really hate having to wait a couple extra minutes to get a table or, you know, waiting for the bus boy to clear the table,” said Wilson. “I think we’ve all learned a little bit more patience throughout the pandemic.”

The Colorado Restaurant Association has purchased a digital billboard ad saying: “Serving hungry people is hard. Being patient is easy. Be kind to restaurant workers.”

“I hope that Colorado diners will remember that we still need to be kind and empathetic to our restaurant workers who are working really, really hard right now,” said Mickelsen.

The Colorado Restaurant Association has posted a food-service specific jobs board during the pandemic.