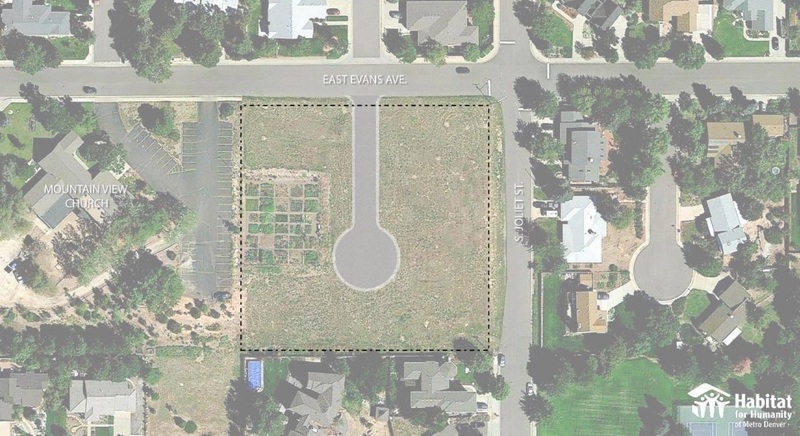 AURORA | After hours of public comment, a plan from Habitat for Humanity of Metro Denver to add 10 affordable housing duplexes in the Havana Heights neighborhood received initial approval from the Aurora City Council Monday night.

Many neighbors of the Mountain View Community Homes proposal, which would sit on a 2-acre cul-de-sac, approximately 1,000 feet off of South Havana Avenue adjacent to Havana Heights Park, said the 10 duplexes comprising 20 units would cause parking issues and unsightly curb appeal in the neighborhood of mostly single family homes.

Each unit would have two off-street parking spaces, according to the site plan. Six of the units would have a single car garage and one driveway parking spot.

Approving the plan requires rezoning the area from a low-density single family district to a medium density district, which opponents said was their biggest issue.

Some council members said they too were not in favor of the zoning change and voted against the proposal, though the proposal did comply with city standards and meets the city’s goal of increasing the supply of affordable homes.

Council members voted 5-4 in favor of the plan, with Mayor Mike Coffman recusing himself after having met extensively with neighborhood residents and signaling on social media ahead of the vote that he might not support the measure. In two weeks, during a final approval, six affirmative votes will be required by city rules to make the affordable community a reality.

Mountain View United Church owns the two acres and will continue to do so if the plan is approved and duplexes are built. The church plans to lease the land to Habitat for Humanity for 99 years, allowing the organization to manage the property much like a land trust would. Units will only be sold to homebuyers making up to 80% of the area median income or about $78,000 annually for a family of four, according to the plan.

During the meeting Habit for Humanity representatives said duplex units would sell for about $250,000 to $300,000. Single family homes in the neighborhood reagularly sell for double the price.

“I know that a lot of times we have conversations as a body about the cost of development, and that we need to do what we can ensure we have adequate housing stock by making sure we are not adding to the cost of development… what we have before us is a site plan in which the developers say we can provide this affordable housing,” Councilmember Alison Coombs said during the meeting.

She along with Councilmembers Juan Marcano, Angela Lawson, Allison Hiltz and Crystal Murillo voted in favor of the plan.