Kent Stevinson inducted into the Colorado Automotive Hall of Fame 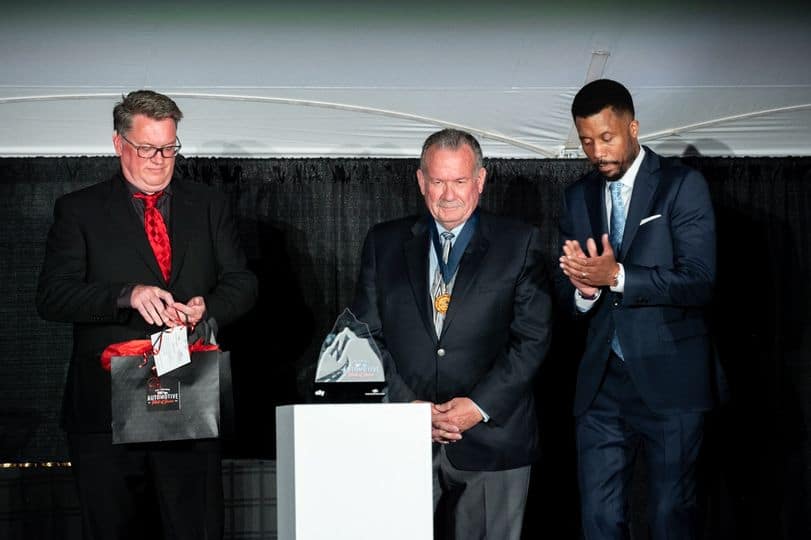 The Colorado Automotive Hall of Fame’s mission is to honor decades of innovation, influence and enduring contributions by Colorado dealers to the automotive industry and communities throughout Colorado,” says Tim Jackson, CEO/president of CADA. “Through the Colorado Automotive Hall of Fame, we honor the industry — past and present — and tell the stories of those who have played significant roles in Colorado since 1970.

Our very own Kent Stevinson was inducted into the inaugural Colorado Automotive Hall of Fame this past Tuesday night at the Denver Auto Show Preview Gala at Elitch Gardens!
Kent was one of 50 veteran Colorado new car dealers being honored for his service to community and humanity, civic, political, educational activities, and additional contributions to benefit others. All of the dealers were CADA nominated since 1970 for the national Time Magazine Dealer of the Year award, the most prestigious honor in the automotive industry, an honor Kent received in 2000.

It was a unique opportunity to have more than a half-century of automotive innovation and history in Colorado together in one room and it was an honor for Kent to be included in such a distinguished list of inductees. Congratulations Kent! 👏👏 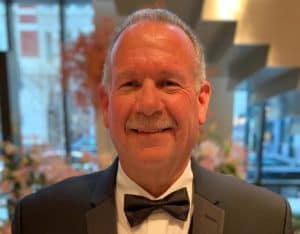 Family honored for more than five decades of contributions to industry, research and recreation

DENVER, CO, January 28, 2020 — In a ceremony held on January 23rd, three Stevinson family members were inducted into the Colorado Business Hall of Fame: Kent Stevinson, along with his father Charles “Chuck” Stevinson, and brother, Greg Stevinson, were all named as laureates by the organization, which recognizes individuals, past and present, who have made legendary contributions to the state. Since 1962, the family has been actively engaged in the development of commercial, retail and automotive businesses, while devoting itself with equal fervor to the areas of medical research, recreation, and veterans’ affairs. The Stevinson name is synonymous with its beloved home city of Denver, and the State of Colorado.

The journey began with Charles Stevinson, known by his associates and friends as Chuck, who envisioned a community where one could live, work, and recreate without ever having to use a car. In the late 1960s, he began to slowly assemble land that, decades later, would become Denver West, which over nearly 50 years has transformed into a commercial, research, automotive, retail, residential, and recreational hub. After a cancer diagnosis in the 1980s, he became instrumental in the exploration of alternative cancer and immunological treatments, co-founding several medical research organizations and one of Denver’s largest blood laboratories. At the time of Chuck’s diagnosis, his sons Greg and Kent assumed chief responsibilities for the real estate and automobile holdings, respectively.

As the president of Stevinson Automotive, Kent has led the expansion of the family’s automotive business into one of the largest in Colorado. He oversaw the acquisition of Lexus, and Stevinson became the first dealership in Colorado to offer the vehicles. Kent was the 2006 recipient of the Bill Daniels Award for ethical business and community leadership, was a founder of the Denver Active 20/30 Children’s Charities, is a trustee of the National Western Stock Show, is a member of the Business Advisory Committee for the Fourth Infantry Division at Fort Carson, a member of the Colorado State Fair Foundation Board of Directors, and is active in the Denver Rescue Mission, the Wounded Warrior Foundation, the Colorado Westernaires, the Fort Carson Soldier for Life Transition Assistance Program, and The Action Center in Jefferson County.

Expanding on his father’s vision for a low-rise, beautifully landscaped office park, Greg has been instrumental in the creation of over five million square feet of mixed-use office space, interconnected retail districts, residential communities, and recreational areas with an emphasis on open space, trails, public art and pedestrian use. Greg has served on the Jefferson Country Open Space Advisory Committee, is the former chairman of the board of Craig Hospital, served on the board of trustees of the Midwest Research Institute, and has held numerous other community positions over the years.