A last-minute push for $17 minimum wage in Aurora

The proposal, a newly-announced addition to the council agenda, would increase the city’s minimum wage to $17 an hour by 2025. 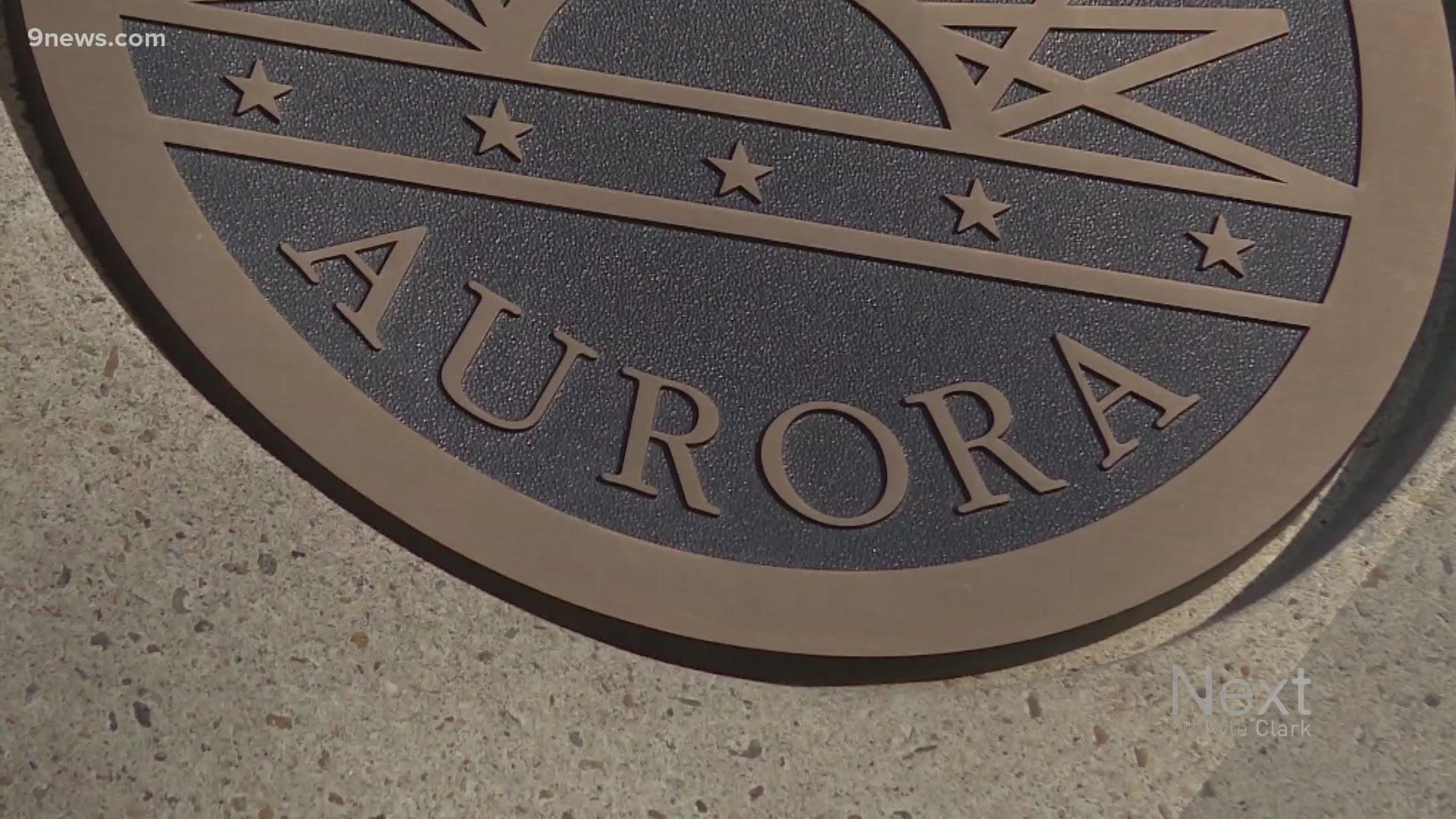 AURORA, Colo. — Depending on your viewpoint, Aurora City Council is taking on an issue that will mean more money for employees or cost more money for businesses.

On Monday, the city council will consider an increase to the city’s minimum wage.

At a study session on Sept. 21, Aurora City Council discussed increasing the minimum wage to $20 an hour by 2027.

“Most (businesses) are hoping just to cut their losses. Let me repeat that, cut their losses to 20-25%, and are simply hoping to break even this year,” said Garrett Walls, chair of Aurora’s Business Advisory Board.

“Increasing earnings for those that spend the most of their income in our communities is good for business and good for our economy,” said Tyler Jaeckel from the Bell Policy Center.

Ultimately, the $20 an hour by 2027 proposal never made it out of the study session with a favorable opinion.

“I don’t intend to take it to the floor without support from study session,” said councilmember Alison Coombs.

On Wednesday, Coombs posted a video on her council Facebook page via the Colorado People’s Alliance.

“Our minimum wage proposal is back,” Coombs said. “We have the votes, so we’re going to get this done.”

The proposal to be voted on Monday will be to increase the city’s minimum wage to $17 an hour by 2025. 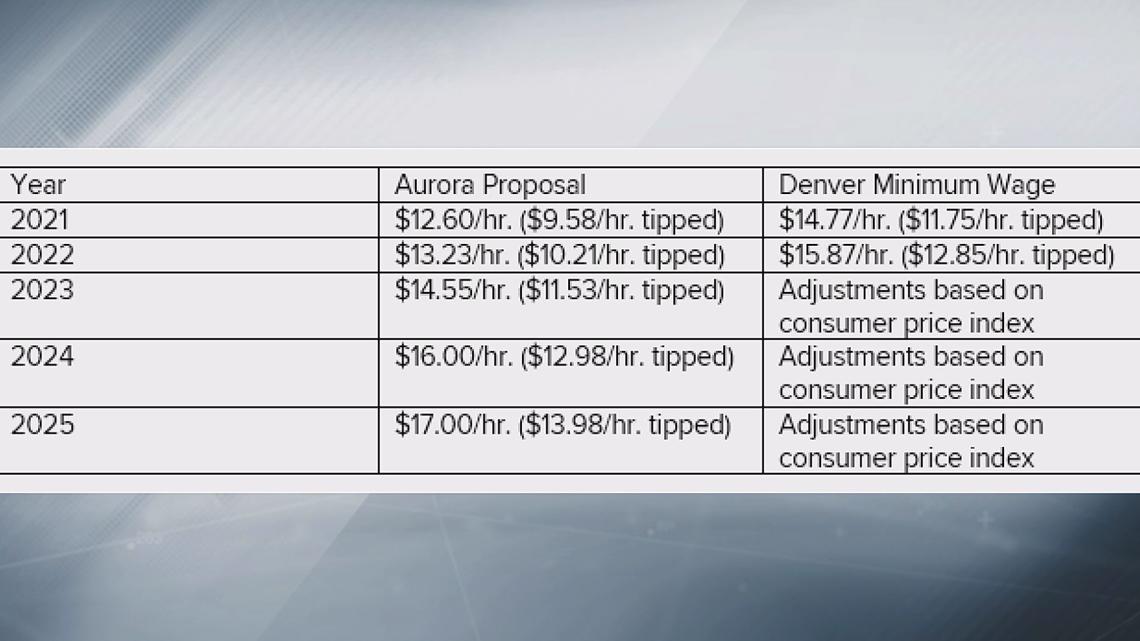 “Our workers need the boost and we can’t keep forcing them to bear the brunt of this pandemic alone. And if we’re going to call people essential workers, we need to give them essential pay,” said Coombs.

On Thursday, when asked why the minimum wage increase is on a council agenda without going through study session first, Coombs corrected what she meant in September.

“Not only is she bringing it back, but she put a video on Facebook saying that she already has the six votes,” said councilmember Dave Gruber. “The whole thing that we’re going to do on Monday is theater.”

Gruber was against the increase at the study session and said he found out about the new agenda item after Coombs posted the video on Facebook.

“I received my official copy of the ordinance last night,” said Gruber. “Based on what these six councilmembers have already agreed in secret, Monday is going to be theater.”

“I did have some one-on-one conversations asking folks, ‘what more information do you need that wasn’t there?'” Coombs said about her conversations with councilmembers between the study session and now.

“Frankly, I was criticized for not doing enough to get people’s support before the study session, so I think you lose either way in the perception battle,” said Coombs.

Yet, without the meeting happening and the public comment, how does she know she has the votes?

“My colleagues have told me that they are willing to support the proposal,” said Coombs.

“The Medicare support nursing homes have said, ‘if you do this, we will close because there is no way that we can increase the revenue from Medicare because it’s federally set, so you’re going to increase our costs and we’re not going to be able to increase the amount of money that we charge,'” said Gruber.

“The city of Aurora is one of the primary employers of high school students, especially in the summer and especially in our parks, so we have a very large number of minimum wage employees, so that’s a cost that we’re going to have to absorb or hire fewer people,” said Gruber.

Under the language of the ordinance, anyone can file a complaint against a business with the city, the person filing the complaint doesn’t have to be the employee. Third-party groups could file a complaint to have the business investigated.

The business would also be responsible for a fine levied by the city.

The business could also be sued in civil court.

Aurora city council will consider this issue on Monday, but will require a second vote at another council meeting to become law.