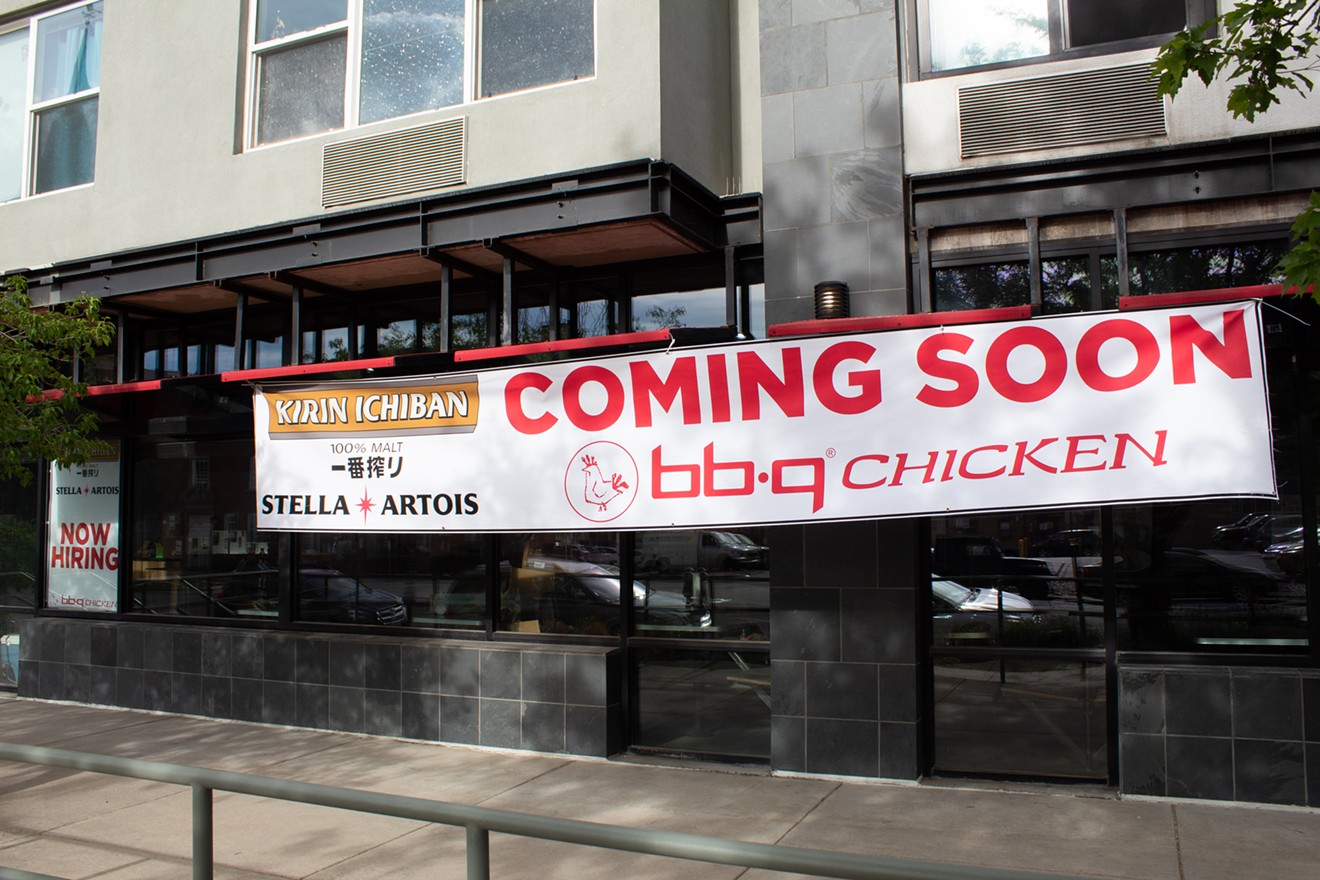 The Korean fried chicken trend continues to grow. Starting at 11 a.m. on Thursday, May 26, the bb.q Chicken at 2495 South Havana Street in Aurora will host a belated grand-opening celebration with tastings and visits from prominent members of the community.

And just weeks later, a second outpost is set to open in Denver at 1360 Grant Street. Two more locations — one in Lone Tree and another in Littleton — are set to open this year as well.

The “bb.q” in the eatery’s name doesn’t stand for “barbecue” — instead, it’s an acronym for “Best of the Best Quality.” The chain, which was started in Korea in 1995 and now has over 3,500 locations globally, offers thirteen flavors of fried chicken, from soy garlic and spicy galbi to Golden Original the Cheesling, which is doused in cheese powders.

Alex Lee, owner of the Denver location and co-manager of the Aurora outpost, has been in the restaurant business for years, previously working for companies like Smashburger, for which he served as a general manager after owning a burger restaurant in California. 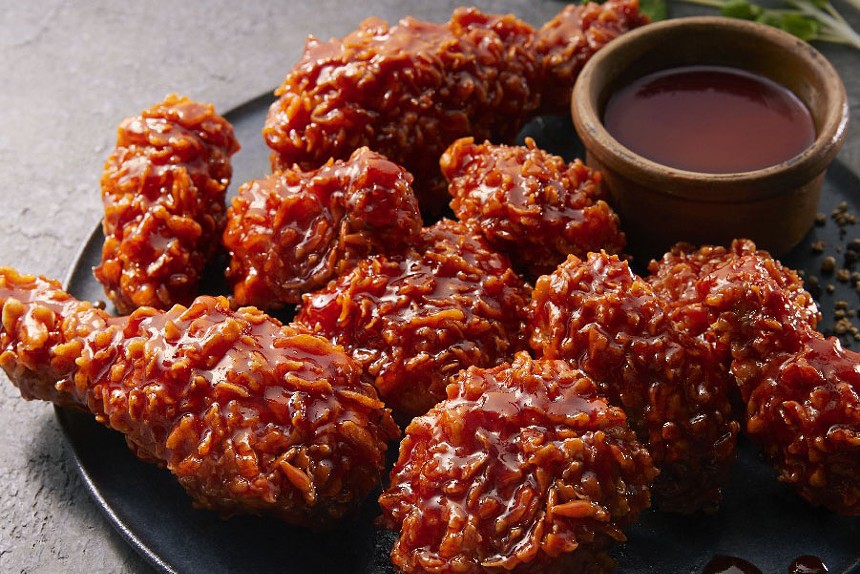 “If you asked me ten or twenty years ago to do Korean chicken, I would have probably said no,” he admits. However, the recent heightened interest in his native Korean culture here in Colorado — and America at large — inspired him to change his mind.

K-pop juggernauts BTS, “Gangnam Style” singer Psy and the Netflix hit Squid Games are among the examples Lee cites that display just how interested people are in all things Korea. “Marketing-wise, it’s a very easy sell for me to market Korean culture,” he explains. So when he learned that bb.q Chicken was quickly expanding outside of Korea, he didn’t hesitate to reach out and set up a meeting with the parent company.

After a little poking around online, Lee found that “bb.q Chicken is the number-one brand out of Korea” and would make for a solid investment here in Colorado.

Opening four restaurants in a single year may seem ambitious, but it pales in comparison to bb.q’s overall plan for the state of Colorado. “We’re looking at doing fifteen to twenty at minimum” over the next four or five years, Lee says. Pueblo, Grand Junction, Fort Collins and Boulder are among the cities Lee is currently looking into; his management company hopes to own at least five of the locations in the state.

The restaurants will offer a dose of Korean culture beyond just the food, as well. Lee envisions the Denver location as a “hip place for K-culture,” with television screens playing K-pop music videos, he explains.